As some of you may know, we here at Barren Praise are big fans of Speaker and Die Hexe....both bands have put out some killer music fairly recently but those albums didn't record and mix themselves. So we thought it would be fun to catch up the man who did record and mix those albums (and some other sweet ones). So here's a quick Q and A/interview/whatever with Todd Barriage of Borland Studio.

Can you talk about your earlier experiences in heavy music and what inspired you to start Borland Studio?

I had a pretty sheltered Christian upbringing, so I wasn't introduced to music with substance until I played Tony Hawk's Pro Skater 2 for the PS1. I had to have been around 10 or 11 at the time. That game was packed with all sorts of goodies from Lagwagon to The Swingin' Utters to Powerman 5000. Then THPS3 had Goldfinger, AFI, Bodyjar, etc. y'know, bands that had a lot of speed and power and emotion in their songs. And around that time, High Speed Internet and online radio became a thing so I was able to freely explore music outside of video games. So around the age of 12 I started listening to Slayer, Cradle of Filth, Death, proper heavy stuff. Then the year after that, Saosin and The Used came out with their first records and reintroduced the word "hardcore" to the alternative-mainstream.

Ever since then I've been fascinated with how passionate and aggressive music can be. Once high school hit, I didn't really party or do drugs and I wasn't quite nerdy enough for the Anime Club so I'd record my own music to pass the time. I did a couple We Are Adam West albums, some stuff for local bands. It just never stopped for me, I've pretty much been recording ever since!

Do you like to take any active role as producer, or do you just like to stick to engineering mixing and mastering?

I like to be as hands-on as the situation calls for. With Vickie Vale, I wrote & performed the drums for the first three albums and worked pretty closely with Scott on their fourth. I did a lot of vocal coaching with Lungless and helped Nick and Mike find their voices, we shaped a lot of the melodies together, particularly on Inhale. Speaker and Die Hexe were less hands-on, those bands pretty much just came in and smashed their tracks out. They knew what they wanted & trusted me to get them there!

Can you tell us about your approach to each project you take on?

First and foremost, I like to sit in on a band practice and get a feel for the band both musically and as people. I don't record music I don't personally like, and nobody wants to spend 8-12 hours a day with someone they're not comfortable with. So I make sure the band and I are on the same page. From there, it really depends on what the band's strengths and weaknesses are. I don't have like a, "Borland Studio Process™" that I impose on the bands I work with. I prefer to work with the artist and approach each record as the unique piece of work that it is.

You released a pretty rad cover of Refused's "New Noise" with Vickie Vale's Tyler Charlebois... Any plans to release an album under your own name?

Thank you man, that was a lot of fun to do! I've always wanted to cover that song, I couldn't have picked a better partner in crime for that one. I do have an album out, it's called This Is Love but it's way more pop-inspired and formulaic than the music I tend to produce. I've since released two singles, Depression Is A Hell Of A Drug in May of 2015 and Being Free in August of 2015. Those two are a lot heavier, and they mean more to me. Maybe some day soon I'll put out a proper hardcore record of my own!

Borland Studio Website
Posted by Myspace Deathcore at 14:22 No comments: 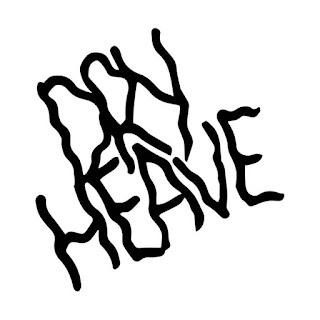 Dry Heave once hailed from London ON (now disbanded as of April) were a 4 piece band with a style that I'm hardpressed to catagorize; and after listening to either their EP'S you'll know what I mean.
Your best bet is to download their material and decide for yourself!

Posted by Myspace Deathcore at 13:42 No comments: 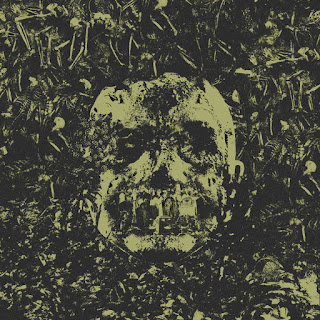 Calgary's finest grindlords, Kataplexis are back with a new EP which serves as a follow up to 2014's Downpour LP. On Suffer, they serve up 3 tracks (one which consists of 2 Napalm Death covers) of hard hitting, ultra fast grindcore which will have fans of bands like Nasum and Brutal Truth eating it up like a diabetic at a chinese buffet. 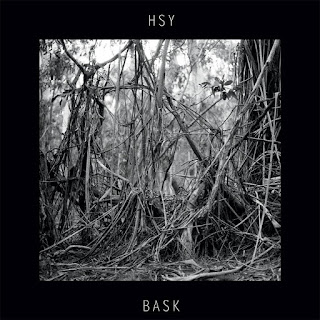 Today we'll be featuring an album that will take you into noise ecstasy, feedback bliss, or maybe even distortion orgasm. We're talking about Toronto noise-punk band HSY's latest offering BASK, an appropriately titled album as it will leave you in awe of it's glory.......I'm not sure what HSY stands for but it might just be "HOLY SHIT YES". BASK was released in September 2015 through Buzz Records (stay tuned for more on Buzz) and is 12 tracks loud guitars, driving bass, pounding drums, and barking vocals......but don't be scared there's still somehow tons of melody throughout this record. If you haven't figured it out yet BASK is a complicated listen, one minute you'll feel like putting the album away and wondering when you became out of touch with today's youth and the next you'll be dancing like nobody is watching......a perfect example is the contrast between the 4th and 5th track. Anyway I think you get the idea by now good record is good......But wait there's more BASK was mixed by Odonis Odonis (surprise another Buzz band) frontman DeanTzenos. So ya I'll shut up now be sure to pick up this album and check HSY's upcoming tour dates listed below.

The Apex - Self Titled 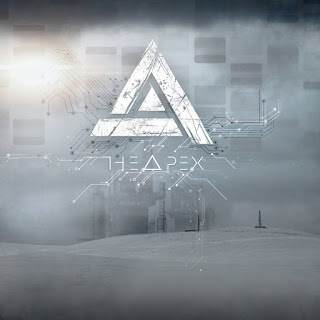 Hailing from Windsor, Ontario, The Apex play a fusion of mathcore and grindcore similar to Ion Dissonance and early records from The Dillinger Escape Plan. Their debut self titled album features 10 tracks of unrelenting mathcore and dizzying riffs that are sure to have you seizuring in no time.

Email ThisBlogThis!Share to TwitterShare to FacebookShare to Pinterest
Labels: #Grindcore, #Mathcore, The Apex 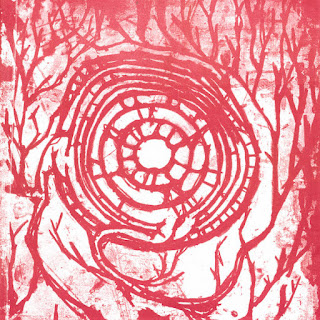 Blackened sludge, grind, crust from Toronto. Theriac are comparable to bands like Full Of Hell, Harm Done, and maybe early YAITW. Their self titled debut is 7 tracks of chaotic crust punk that hammer's you in until the final notes of Confortable Decay. Don't miss out on this. 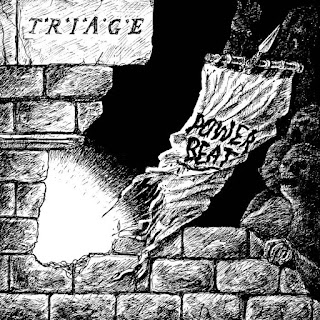 Triage are a crossover/hardcore band hailing from  Toronto and feature members of VCR, Direct Approach, Brutal Youth, and the Frags. Highly recommended for fans of Minor Threat, D.R.I., and early Suicidal Tendencies.

Posted by Myspace Deathcore at 14:10 No comments: 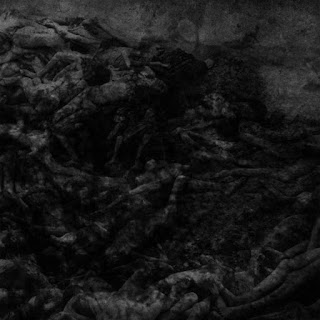 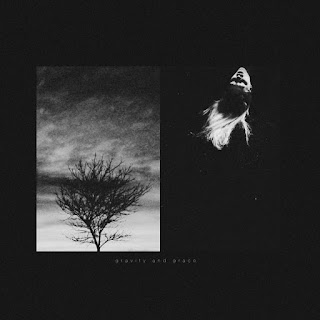 Have you ever wondered what it would sound like if Fucked Up and Deafheaven did a collaboration album? Thats the vibe I get off this album, and thats in no way a bad thing. Respire's debut full length "Gravity and Grace" is full of lush passages that would fit in on Fucked Up's David Comes To Life. There's so many instruments on this album that you wouldn't expect on a typical black metal album, everything from trumpets, pianos, glockenspiels, hell they even recorded a music box on this album.
Bandcamp 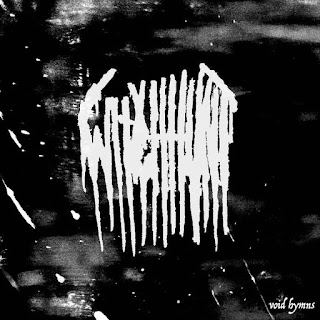 Blackened crust from Toronto, if you don't already know Witchhunt then you're fucking up. Void Hymns was released this past January and is 5 tracks of noisey unrelenting filth.
FFO: Young And In The Way, Ancst, and Hexis.

*they also released a split with Goth Girl (Andrew Cleveland of Mad Trapper & Please Drown's side project) this past March which is definatly worth checking out.

Posted by Myspace Deathcore at 12:21 No comments: 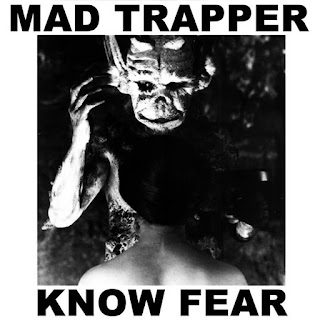 Yesterday Toronto's own metallic hardcore giants Mad Trapper released a new song. Recorded as part of the Converse Rubber Tracks program by Alex Bonenfant and Trevor Anderson at Noble Street Studio's in Toronto, Know Fear is one of their best offerings as a band and shows the growth they continue to make as a band. 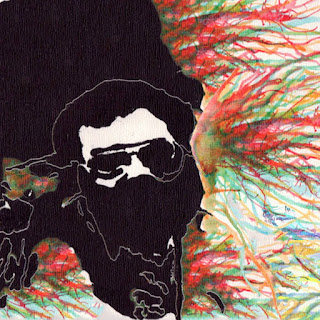 Exits are a four piece hardcore band hailing from Edmonton, Alberta. Their debut full length "Self Deprecation" conjures up 12 tracks of chaotic hardcore in the vein of bands like Botch, Coalesce and Refused. Most of this album is blisteringly fast and doesn't really relent or let up until the album closer "Save Yourself" which even has its fast moment. I highly recommend checking this one out because these guys are definatly doing something right.

Email ThisBlogThis!Share to TwitterShare to FacebookShare to Pinterest
Labels: #Chaotic Hardcore, #Hardcore, Exits
Newer Posts Older Posts Home
Subscribe to: Posts (Atom)
Follow our new Facebook page here and help spread the word!
https://www.facebook.com/Barren-Blog-283631902450241/
Please message our facebook page for any and all submissions, emailing me personally will get you nowhere because I rarely check it and by rarely I mean never.