Hey there people how's it hanging? I know posting has been sparse since I brought this blog back but I write when I can and don't force myself to do it for the sake of doing it. With that said I've forced myself to toss up my best of 2018 list because well, people like lists. There was a metric fuck ton of new releases this year and while I'm sure there's a bunch that I missed out on (feel free to tell me so I can check them out) these were the releases that I found myself listening to the most in 2018. 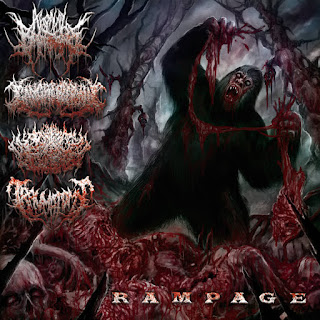 This is hands down my favorite split from last year. Each band served up a healthy slab of death metal brutality and I can't say anything remotely negative about it. The Full Of Hell/Intensive Care split probably would have been my #1 pick had it been longer but here we are. 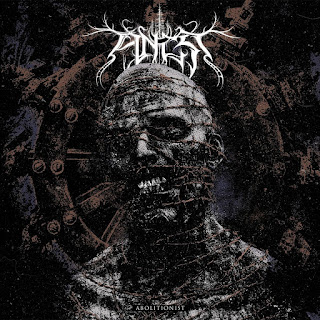 Blackened crust done right. While adding black metal elements to hardcore or crust or whatever extreme metal genre seems to be the trendy thing Ancst have been doing it the right way for a long time. Their output this year has been pretty crazy too, having released 2 albums, a compilation, a split and this EP all of which are top notch. Don't sleep on this. 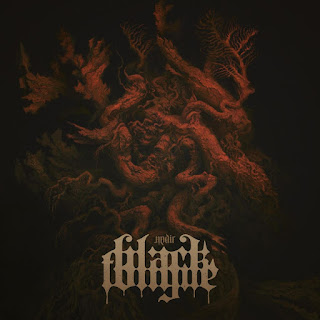 To say that this was my favorite album from last year would be an understatement. I still listen to this album daily and honestly couldn't recommend an album more than this one from last year. While Black Tongue certainly started off as nothing more than a deathcore band that played at 30bpm they've created something on Nadir that is truely unique to them. Instead of the 5 minute breakdowns they had filling previous releases, Nadir is a mishmash of all the things I enjoyed about metal. It has death metal elements, full on doom metal riffs, black metal sections, and best of all atmosphere, bone crushing, life draining atmosphere.


Well thats it,onto another year of heavy music and whatever else that brings. Writing on this site will start again in February and I promise to update it more often. Until then check out some of the stuff on this list or if you feel like supporting some of the bands I'm in I'll link them below. All of the bands I'm in are either currently writing or recording new releases.
Once again thanks for all the support on this site, it would be pretty pointless without the people who read it.

Posted by Myspace Deathcore at 13:57

Email ThisBlogThis!Share to TwitterShare to FacebookShare to Pinterest
Labels: Best Of