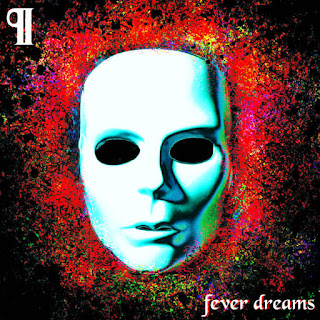 First post back on the site and I'm more than happy with the fact that the first band up here since the return is Toronto's own Pilcrow.

Fever Dreams is their sophomore EP following up 2016's "Never Better" and comes across as a far more mature release. Opening track "Doves" opens with a bombardment of guitar wizardry and doesn't relent for the duration of the three minute run time. There's a section that comes in around the two minute mark where you find yourself  questioning whether or not you yourself could ever be a musician and top what they're pulling off. Second track "Lungs" opens with some heavy chords patterns before lunging into a frenzy of cymbal crashes and Dillinger-esque off-time riffs all while maintaining the skronky heavy riffs that opened the song tying it together into a controlled chaos of sorts. Shapeshifter seems to continue the trend of guitar madness and keeps up with the hefty vocals that remind me of recent Loma Prieta which I absolutely love. "Crash The Bus" and closing track "Hackenfraud" continue on the trend of skronky guitar riffs and maybe it's just me but you can almost hear some of influence from the later Black Flag material where its almost jazzy and progressive for lack of better terms. It's worth noting the section in "Hackenfraud" at the two minute mark where everything stops and the bass takes control briefly before it decends into riff city and the chaos once again ensues.

Overall I would highly recommend this EP to anyone who's into bands like Loma Prieta, Circle Takes The Square, and Tera Melos and while it's hard to pick a stand out track on this EP I think my favorite is Shapeshifter although that'll probably change as everytime I listen to this I find new things to love about it.
I've been lucky enough that my band has crossed paths with them a few times now and am very much looking forward to what the future brings for Pilcrow. Make sure to buy the EP off bandcamp or catch them at a show and pick up a physical copy. No Funeral Records is doing a pre-order for the cassette release which is linked below.

Fever Dreams On Bandcamp
Facebook
Cassette Pre-order VIA No Funeral Records
Posted by Myspace Deathcore at 10:02