When people think of the Canadian music scene, slam death metal is probably the last thing on their minds. When it comes to hardcore or death metal the names that'll likely come to mind are more likely to be bands like Alexisonfire, Cancer Bats, or DOA, and on the metal side probably bands like Gorguts, Cryptopsy, or Kataklysm. So today I figured I would do a write up on some sweet slam/brutal death metal bands that have popped up over the years. 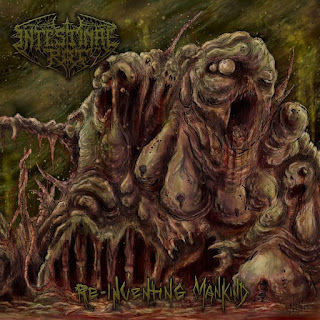 Alright, lets start with Intestinal Rot from Heidelberg, Ontario. Their most current EP "Re-Inventing Mankind" serves up 4 tracks of pure filth. From the opening moments of the title track to the last seconds of the album closer "Japanese Dolphin Slaughter" Intestinal Rot prove they can hang with the heavy hitters like Kraanium and Devourment. 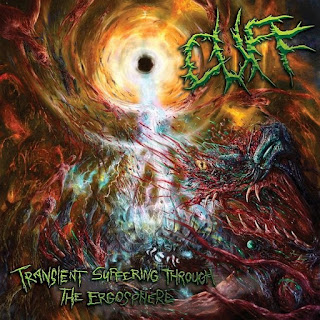 Up next we have Cuff from Oshawa, Ontario. This is their full length from 2014 called "Transient Suffering Through The Ergosphere". This is easily one of the heaviest slam albums I've heard over the years, and this album features guest spots from Larry Wang (Coprocephalic & Gorepot), Chris Williams (Upon Your Corpse) and Anthony Davis (Swine Overlord & Gutfucked). 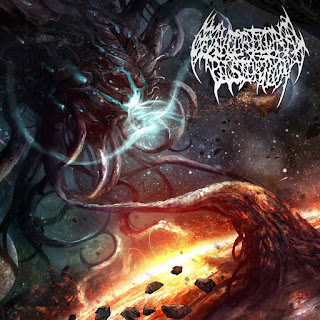 And last but certainly not least we have Gravitational Distortion from Toronto. This was my personal favorite slam album from last year. Every riff and slam on this album is perfection, they hit hard enough to drag you to a shallow grave. The vocals are also some of the dirtiest gutturals I've ever heard. Don't miss out on this one.

Posted by Myspace Deathcore at 13:42