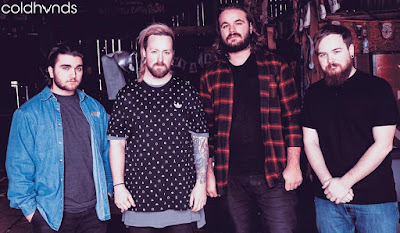 Hailing from Pickering, Ontario, Lungless play a brand of hardcore all their own. With their newest 5 track EP "Exhale" they continue to expand upon the sound they began to develop with last years "Inhale" EP, albeit in a far darker fashion. Songs like "Proxy" and "Ark" are pretty heavy and hardhitting tracks that come out fast and don't relent.

Overall, "Exhale" manages to pull you in and keep you interested enough to hit the replay button over and over again, and if you can, I suggest you check out one of the dates their playing (dates below) because their live show is just as great as the stuff they've recorded.

Posted by Myspace Deathcore at 06:57