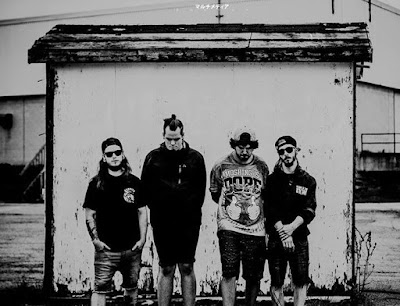 Being are a downtempo deathcore/beatdown band from London, Ontario.
Their most recent release "Cathartic" came out a couple weeks ago and consists of 4 songs that hit harder than anything they've done before. The opening track "Sinister" lives up to its name with its creepy intro that leads into an absolutely savage breakdown, which leads into the second song (and title track) which has enough groove to kill Johnny Bravo. Infections carries the groove of the previous track and the creepy vibes of the openner over and features some absolutely throat shredding vocals. Album closer "Vermin" is a rerecording of a track they previously released which got a pretty sweet makeover. Overall its a killer EP and worth checking out.
FFO: Yuth Forever, Traitors, etc.
PS: They're playing at Rum Runners in London on April 10th with Make Them Suffer, Falsifier and The Luminary, so go check that out.

RX
Posted by Myspace Deathcore at 14:39

Email ThisBlogThis!Share to TwitterShare to FacebookShare to Pinterest
Labels: #Beatdown, #Deathcore, #Downtempo, Being